Start the Year of the Pig (Feb 5) by visiting one of these temples.

Hidden among Bangkok's gleaming skyscrapers and shopping malls, you'll find plenty of Chinese shrines. Not just places of worship, these ancient relics are also impressive architectural wonders and burst with cultural significance. Centuries ago these were hubs of activity for new Chinese settlers to Thailand. Today, they remain surrounded by markets, food stalls and places to shop. Visit these shrines for a glimpse of Bangkok's rich and unique history. 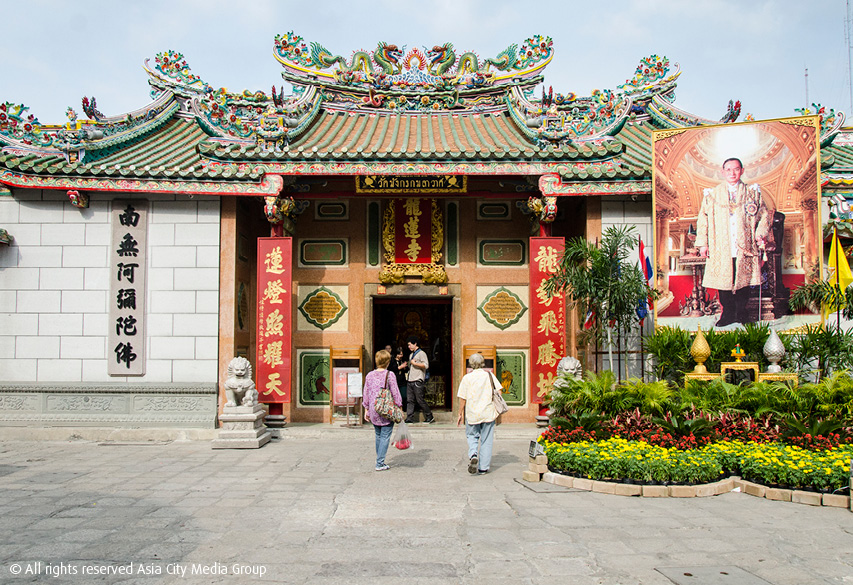 The temple, whose name means dragon lotus, dates back to 1871, making it arguably Bangkok's oldest Chinese temple. It remains a highly significant place of worship, especially during important festivals such as Chinese New Year and the annual Vegetarian festival in September-October. The temple, which houses Buddhist, Taoist and Confucian figures, is usually bustling with devout Buddhist locals, so be sure to respect them as they perform their religious rituals. The most popular statues are that of Tai Suay Eia or Cai Shen, the god of wealth or god of fortune. You can buy worship sets from the temple at B100 each.

A short tuk-tuk trip from Klong San Pier on the Thonburi side of the Chao Phraya River, this shrine is dedicated to an ancient god of war renowned for his courage and honesty. Bangkok is home to several shrines to Guan Yu but this is the oldest at almost 300 years old. Many travelers would spot the three-story pagoda with its dragons coiling around the pillars while drifting along on a ferry, but few actually visit. The main shrine features two small images of Guan Yu with his red face and long beard, while inside are also images of Kuan Yin (goddess of compassion), Mi-Lo-Fo (laughing Buddha) and Amitabha (future Buddha). Neighboring the shrine is the small but soothing Princess Mother Memorial Park.
252 Somdet Chao Phraya Rd. Open daily 7am–6pm 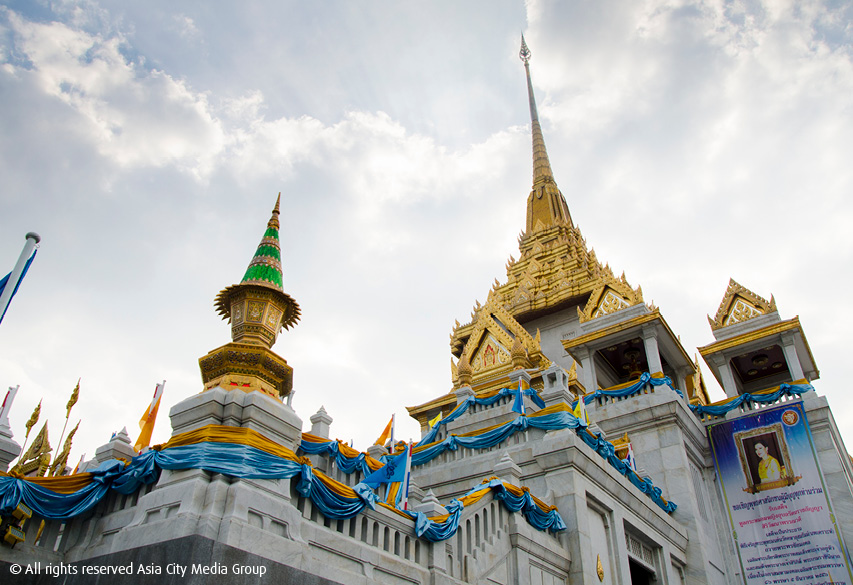 In Yaowarat, hide from the sun in the air-con comfort of temple-slash-museum Wat Traimitr Wittayaram. This sacred space isn’t just home to the world’s largest golden Buddha image but also houses the Yaowarat Chinatown Heritage Centre on the second floor. Make your way from the ground floor to the top to learn the full history of Yaowarat as well as the inspiring stories of Phra Phuttha Maha Suwana Patimakon, aka the Golden Buddha, and the Chinese ancestors who helped found Thailand’s fortune.

661 Charoenkrung Rd. Open Tue-Sun 8am-5pm. Free entry for Thais and B100 for foreigners.

At this busy location, the Thai-Chinese community come to pray in front of Guan Yin (also known as the Goddess of Mercy in Mahayana Buddhism) for blessings such as fertility, success, health and happiness. The statue of Guan Yin inside the colorful shrine is about  900 years old. The shrine itself is part of the Thian Fa traditional Chinese medical hospital.

Established in 1959, this sacred temple is home to elaborate architecture that fuses Thai, Chinese and Tibetan schools of design. Pay your respects to the statue of the Laughing Buddha for wealth and contentment.

According to its plaque with Chinese inscription, this shrine was built in 1658, making it Thailand's oldest. Inside the shrine is an altar for Leng Buai Ia and his wife, as well as altars for the Gong Wu deity and the Queen of Heaven. An ancient bell near the entrance is attributed to Emperor Daoguang. The shrine itself is tucked away in the back streets of Chinatown.